Start typing and press
Enter to search
Skip to content

I recently wrote a post about how I’ve decided the time has come to prioritise family and take a break from my business, closing shop for now if not permanently. I had my last show booked and wanted to use this platform to help Tiny Lives who supported Silver and ourselves so much with a raffle. For whatever reason the show didn’t seem as busy as previous years which was such a shame but we are still so pleased with the money we managed to raise to help us reach our target on Just Giving. Both my business Doodle Pops Shop and my mum’s business Doggie Stuff put together a collection of products we normally sell including some of my home made dog biscuits. The value of the hamper was approx. £76 along with a dog bed valued at £22 for second place and we sold tickets at £2 per strip or three for £5. We also sold doggy cupcakes and cake too in aid of Tiny Lives!

It was a proud day to know we were doing something in honour of our little girl that might just help other little boys and girls who do survive, and help the parents of those that don’t. We actually didn’t have to say much about Silver, people were just happy to support something that was helping children I think. Only with a few people did we get to share her story and it was such a blessing to be able to talk freely about her and also hear stories of other babies, some miracles and some angels.

The most difficult part of the day both me and Fabian found was when we asked if people wanted to buy a raffle ticket and they said no. With the charity being so close to our heart and it being such a personal reason for fundraising it was hard not to take this personally against Silver. Fabian particularly found this quite difficult and lost a bit of confidence asking people about the tickets in fear of rejection. I never really considered this before doing the event so it was something we both were not prepared for. 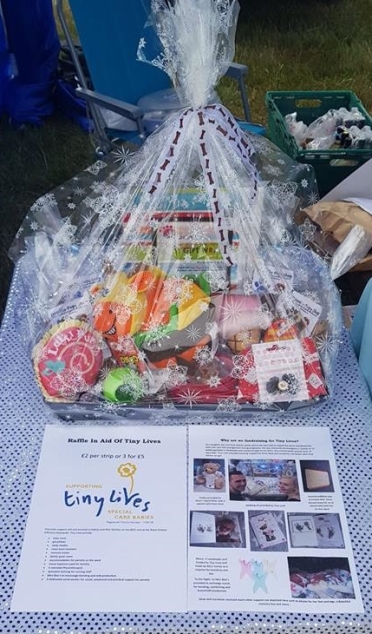 Being parents to Silver of course we know how special she is and of course we believe she is worth it but I can also see the other side. I never used to support children’s charities myself, never being particularly maternal. I always preferred animal charities yet suddenly when it affects you personally your viewpoint changes. That’s generally how most people support charities though, they look for something they can relate to. That’s probably why a lot of people support cancer charities, it effects one in three people so its likely you know someone or have suffered it yourself at one point. Baby loss on the other hand is still rather taboo and until I lost Silver I had no idea how many babies do die. I am sure compared to the number of healthy babies born it is still minimal yet it can have a much more lasting impact than age related, understandable deaths. A child death is against the natural order so comes as much more of a shock, with a grief that lasts a lifetime.

I am pleased however to announce we managed to raise £72.50 to add to our Just Giving page, bringing our total up to £172.50. We are now at 34% of our target. We have a few more ideas of fundraising including hopefully a raffle at a local pub quiz but if you would like to donate and help us help other babies in special care please feel free to head on over to our just giving and don’t forget to share. We know asking for donations is a little bit cheeky but we are so grateful for the support already given and are grateful for even the smallest amount you can spare. I’m debating whether to do an online raffle at Christmas with some of my awesome Christmas stock from my doggy business too where tickets are purchased via making a donation on the Just Giving page, what do you guys think? Do you know any business’s willing to donate a prize too? After all, I’m sure not everyone has a dog!

If you have any other fundraising ideas please do get in touch and let us know. My morning sickness and generally being pregnant has held me back a little in the sort of ideas I maybe would have done so any ideas are more than welcome. Perhaps a sky dive next year! 😉

Once again, thank you so much for your kind support. 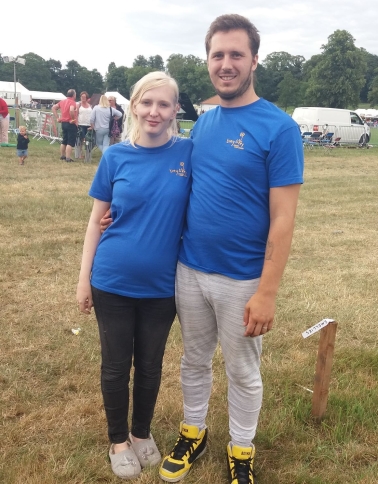