Start typing and press
Enter to search
Skip to content

I had an awful consultant in my first pregnancy. I was never told I was consultant led until an appointment came in the post. It turns out you are also automatically consultant led if you have mental health issues. The fact he was an obstetrician/ gynaecologist and didn’t understand mental health seemed to bypass their logic. He was a horrible man who basically told me it was his choice where I gave birth and he would decide whether I could be in the midwife led unit or not but it was likely not. There was no physical reason why I couldn’t be there and yet he was adamant I was going to have a nervous breakdown half way through labour. That would be the last thing on my mind whilst enduring contractions! One thing I learnt in hypnobirthing however is that it is your birth and your body. You make the decision and you are in control. Never let health professionals tell you how you should give birth provided you and your baby are in no danger it is your choice. Naturally I refused to see him again because he actually exacerbated my prenatal depression and I went through weeks of severe anxiety due to him, something that made the pregnancy difficult to enjoy and in hindsight I am so very angry they took away from what was generally an easy and happy pregnancy.

Let me tell you about Silvers pregnancy though. I don’t know if it was from having such bad morning sickness in comparison to Beau’s but my prenatal depression was ten times worse! I was so miserable during the first trimester. I wanted to be happy and excited about a new baby, and I was deep down but feeling sick every day for 3 months was really tough. Its not just the nausea though, it’s the food aversions, lack of appetite and complete exhaustion that gets tough. I realised in this pregnancy how much harder it was because of course, I still had a little boy to look after. I was very lucky that Fabian took Beau to work quite often so I could rest and stay close to the toilet. The only problem is I then felt like I wasn’t being a good mum to Beau. I wasn’t giving him the attention he deserved and I felt like I was missing out on his most special years.

I just started to get more and more miserable. Me and Fabian had gone from being really happy to arguing again and that would trigger my mental health. I think I find one of the hardest parts of pregnancy the fact I can’t self-harm. I don’t cut my wrists though, I hit myself. Unfortunately its usually my head (since my hemiplegic migraine and talking to the doctor I won’t be doing that anymore). Not having a way to express my emotions in those incidents makes it build up more and more to the point I can get very suicidal. It’s very awkward being suicidal and pregnant. I don’t want to harm the baby but I feel life is so unbearable I don’t want to be here either. It’s a very hard mental place to be in. One usually riddled with feelings of guilt too. This is one of my biggest fears of pregnancy after loss. Not only will I be more vulnerable because of course every little twinge will worry me and no scan will truly provide the reassurance that a living breathing baby in my arms will give. After all Silver had three fantastic, very healthy scans… Also, from previous experience I am aware that as soon as I get pregnant I might have 3 months of suicidal thoughts and feelings, arguments with Fabian and general breakdowns. It scares me that when I get the suicidal feelings if they do come that I will justify them by saying I want to be with Silver. I’m also very worried I will say something along the lines of “I don’t want this baby, I want Silver”. Because of course as soon as I say this I’ll regret it and worry about miscarrying and most likely feel very guilty. Of course I will love a new baby and I want to make sure this baby gets all the love it deserves. It’s a hard thing to know what to do when your arms desperately ache for the warmth and weight of a baby to lay in them yet part of you still breaks for the tiny one that spent a little time in those arms too. I don’t want to ruin another pregnancy by grieving but at the same time Silver deserves to be grieved for the great loss we feel without her. I want to be able to fall in love again, not by replacing her but simply by allowing ourselves to dream again of giving Beau a sibling. I’m not sure when the time will be right. Sometimes I wish I could try right now and other times I feel I am still hurting too much and can’t give a new baby the attention it needs. 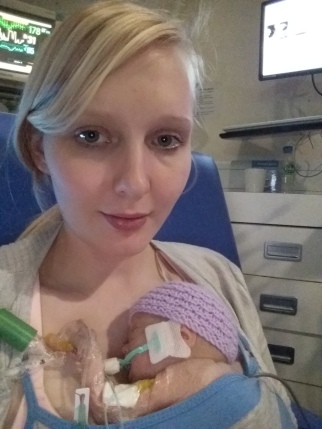 I spoke with my mental health worker today. Firstly, that’s a proud moment in itself that I even had the courage to answer my phone but secondly, I am pleased to say we have discussed this issue of trying again and having a team in place ready to support me. We actually moved house at Christmas but due to Silver we are only just moving GP’s and now he is going to coordinate transitioning me into the local mental health team. I feel positive that hopefully I will have the support in place. The only problem is through mental health I find depression the hardest to manage. I can challenge anxiety, I can recognize “borderline moments” and choose whether to follow them or ignore them but I honestly don’t know how to deal with depression. My priority through this grieving process has been allowing myself to indulge in self-care. I feel this is most likely to be my best friend for the next pregnancy. In fact, after Silver it will be my priority. I won’t be doing anything strenuous (my garden will be finished by then!) and will be focusing on things that make me feel relaxed so that my baby will be relaxed and healthy too. Baths are already my best friend and help me wind down every night, especially with a few drops of lavender oil in and the music I used to listen to when I was pregnant with both Beau and Silver. I intend to see my hypnotherapist regularly too instead of going once I’ve already gone downhill to maintain my wellbeing as this has been the most effective therapy for myself. I think from a medical point of view the most appropriate plan will be to see both the midwife and consultant regularly for reassurance. I am hoping I will be scanned a lot more regularly, I know leading up to the 20 week scan I will find incredibly hard and finding anxiety coping mechanisms will be key. We have already told the medical staff that if any problems do occur we want to go straight back to Newcastle where we know we feel safe and in good hands. Another thing I will be doing differently this time is actually having the Down Syndrome testing along with the glucose tolerance test. I would never terminate no matter what any outcome would be but I feel having answers will give me reassurance this time whereas I never felt the need to test these things in either of my other pregnancies. Unfortunately, I will not be having the home birth I have dreamed of for such a long time. Part of me knows I will feel most comfortable being in the labour ward, because I couldn’t bear to lose another baby, especially since connecting with so many mums of stillborn babies. The only problem I have is it’s not a very naturally environment and as relaxation is key to a successful hypnobirthing birth I do feel it will be slightly more difficult to do this in such a surrounding. I have seen several rooms at my local labour ward from this pregnancy and only hope I will have one of the larger rooms so I can move about as I please and hopefully get the room with the pool in! I guess deep down its a compromise I will have to come to terms with, knowing its the best for the baby but hopefully still a peaceful gentle birth – preferably a VBAC!

I really don’t know what more I can say right now as I may feel completely different when I do get pregnant. Fingers crossed I feel so truly blessed to have another baby that I don’t get depression this time and maybe I’ll have the most beautiful stress-free pregnancy! Either way it is something I will certainly be documenting via my blog and Instagram so that other people can see just what it truly feels like to conceive a rainbow with an angel watching overhead. Until next time Holly x

(Oh and on a humorous note, that nasty consultant from the first pregnancy ended up stitching my up after giving birth to Beau- my face probably said it all when he walked into the room but I was bleeding so couldn’t complain. Lets just say the Entonox kept me company during that procedure whilst trying to simultaneously do my first breastfeed!)